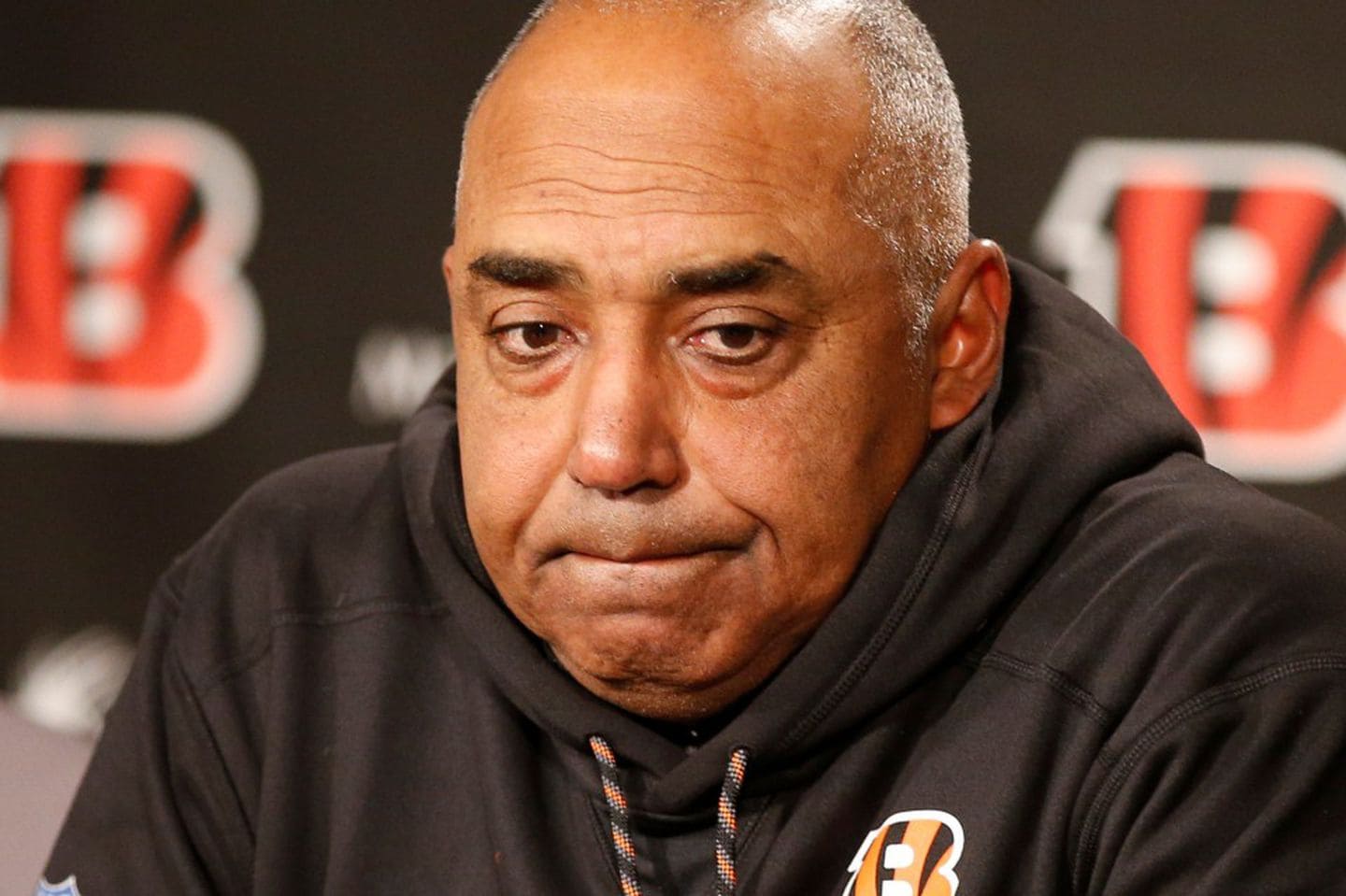 CINCINNATI, OH - The opening days of an NFL football season are always full of excitement and anticipation. The teams work hard to prepare themselves for what they hope will be a year of victories and celebration. This year, Bengals Head Coach Marvin Lewis has gone the extra mile with his preparations. Coach Lewis has worked hard to develop an all new set of exasperated facial expressions that he will use during the 2015-16 Bengals campaign.

“I watched a lot of film during the offseason,” said Coach Lewis. “I saw that I was making a lot of the same faces during exasperated moments. I’ve asked the team to make sacrifices, to get out of their comfort zones, to do good work...so I figured the same should apply to me. I immediately hired a life coach and got to work on making my exasperated facial expressions the best they can be.”

“He was doing a lot of basic grimacing,” said Lewis’ life coach and exasperated facial expression mentor David Lang. “He also worked in some slight eye rolls and a few cheek flounces. But after some hard work, I think fans are going to see some real quality, championship caliber exasperation on Coach Lewis’ face.”

To help him along in the process, Lewis watched footage from former Bengal head coaches Dave Shula and Dick LeBeau, as well as old movies featuring Frank Gorshen and Buster Keaton. “I don’t want to give too much away,” said Lewis. “But there are gonna be some really great moments this year when it comes to exasperation. When we are in a close prime time game, and Andy Dalton goes back to pass, I plan on always having a mouth full of Gatorade to provide a spectacular spit-take for the camera.”