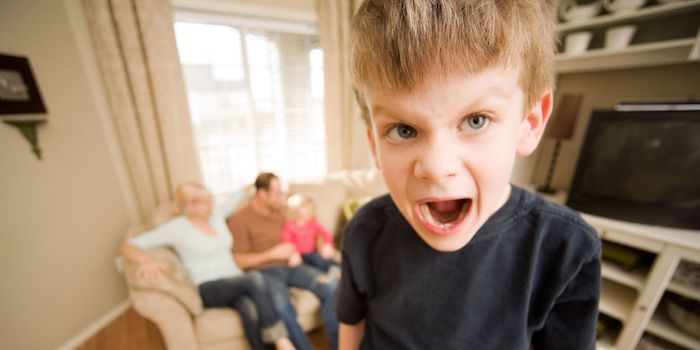 FRANKLIN, MO - After his mother went into a diabetic seizure, four-year-old Adam Schiff miraculously placed a call to 911, alerting emergency crews that saved her life. Adam received accolades and congratulations after the event, resulting in constant boasting and insufferable behavior.

After telling the story of the event to several news outlets, Adam started retelling it to every person he encountered. The Schiff’s mailman no longer delivers mail to their home due to being held up by Adam’s story on a daily basis.

“I thought it was such a cute story, such a brave little boy,” said neighbor Emma McGraw. “But if I have to hear him talk about it one more time, I’m gonna put him into a seizure of his own.”

Little Adam also appears to be using the event to get away with bad behavior at home, at preschool, and elsewhere in town. During nap time in his nursery school classroom, Adam reportedly went from classmate to classmate throwing building blocks at their heads. Mrs. Robin Caulfield teaches the class, “I asked him to go to his mat and lay down, and he responded, ‘You shut up! I’m a hero! I won’t call the doctor truck if you get sick!’”

Even Adam’s mother Yvonne has had enough of his new behavior. “The other day I asked him to clean his room and he told me I was a bad Mommy and he wished he’d pushed the wrong buttons on the phone. I have to admit, sometimes I wish he had.”

Several neighbors have filed complaints with police that Adam has become a menace to the community. “The little brat tore up my flower garden,” said Emma McGraw. “Then he told me he would put the flowers on my grave, because he gets to decide who lives and dies. It sent shivers down my spine.”