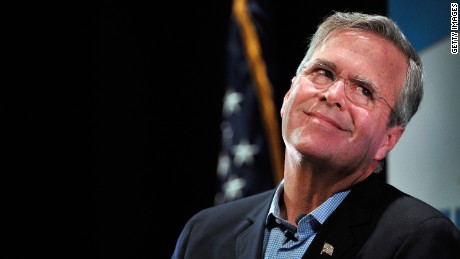 MIAMI, FL - Throughout the Republican nomination process, former Florida governor Jeb Bush was unable to obtain the support of enough GOP primary voters to make a good run, surprising many analysts. Jeb’s latest surprise for the political world has been his apparent complete apathy about wanting to be on the ticket as Donald Trump’s running mate.

“There is some serious low-energy vibe coming from Jeb these days,” said political consultant Roger Walters. “He has that brass ring dangling right in front of him, all he has to do is reach out and grab it. Instead he is moping around like being Donald Trump’s Vice Presidential running mate would be a bad thing. It’s almost like he doesn’t even want to spend a few months traveling around the country in close quarters with Donald Trump. In fact, I hear Jeb has even been seriously procrastinating on booking his flight to the Cleveland convention.”

Jeb Bush’s behavior seems to confirm the theory among those who think he is acting less than enthused about being Trump’s running mate. “He is giving off lots of clues with his body language,” said political science professor Dr. Ken Molina. “There is some definite eye rolling being seen whenever the subject is brought up. And then there is the way he shakes his head and throws his hands up in the air. Not to mention the way he will fall to the floor and curl up in a fetal position.”

Many Republican operatives hope that appearance of not wanting to be Trump’s Vice President is not true. “It would be a dream ticket for America,” said Peter Lassale. “The Donald and Jeb show would be comedy gold. Jeb could stand there with his shoulders slumped over while Donald threw some zingers at him and we could sit back and laugh and laugh. He’s the perfect comedy foil, like a modern day Lou Costello”.