NEWS
ARCHIE MANNING: I wouldn’t change one thing about the way I systematically generated a family of elite quarterbacks
Sports 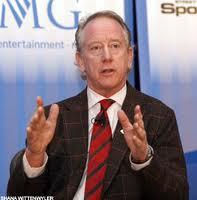 NEW ORLEANS – Former NFL quarterback and father of Super Bowl champion quarterbacks Eli and Payton Manning, said this week he believes he has done everything right in terms of generating the perfect multi-elite-quarterback offspring. “I’d say I set the standard for parents who would like most of their kids to win a Super Bowl at the Quarterback position.”

The elder Manning explained to reporters he placed all of his sons in what he called his Quarterback Generation Laboratory shortly after they were born. “I’ve obviously created the best QB lab in the world. If Eli and Peyton we’re experimental drugs, I’d say the FDA would have approved them a long time ago and they’d be curing cancer by now.”

Asked about his oldest son Cooper who suffered a career ending injury in high school, Manning responded, “The results on test subject #1 were very disappointing. The QB generator was brand new at the time and we obviously had some kinks to work out. But I’d say we did okay on test subjects #2 and #3.”

Manning mentioned one way to improve his process is to adopt a young specimen pre-screened with a high quarterback quotient. “It’s no secret I’ve put some feelers out about adopting Tom Brady’s baby. My analysis tells we’d have good odds of bringing home another Super Bowl win in 2035 if we put that boy through the Manning QB generator. Something new we’d have to figure out is how to eliminate any of these male model type tendencies involving obsession with hair and makeup and supermodels, etc. Manning QB's are about winning Super Bowls not Supermodels.”